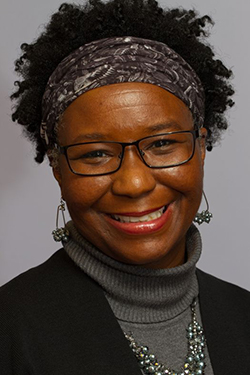 Rochelle Monique Brandon, MD has practiced in the Charlotte area since 1999. She is certified by the American Board of Obstetrics and Gynecology and is a Fellow of The American Congress of Obstetricians and Gynecologists. Well-known and respected in the medical professional community, Dr. Brandon considers Charlotte her home. Dr. Brandon was born in Concord, NC and raised in Winston-Salem, where she graduated from North Forsyth Senior High School. She was awarded a John Motley Morehead Scholarship to UNC at Chapel Hill. Dr. Brandon received her BA in Chemistry in May, 1988. She then received a Doctorate of Medicine from UNC School of Medicine at Chapel Hill (1993). Dr. Brandon completed postgraduate training in Obstetrics and Gynecology in 1997 at Eastern Virginia School of Medicine in Norfolk, VA. Dr. Brandon spent her first two years practicing medicine with the National Health Service Corps in a medically underserved area in South Carolina. She then returned to North Carolina and has practiced here since then. After delivering thousands of babies for more than twenty years, Dr. Brandon’s focus is now gynecology only.

Dr. Brandon interests include art (creating Batiks, mixed media paintings, quilting) and playing with her beagle, Nala, and her cats, Aria and Nahado. Dr. Brandon has an active meditation and spiritual practice as a lay monk with the Living Compassion Zen Monastery Peace Center and as an active member of her home church, United Metropolitan Missionary Baptist Church in Winston-Salem. 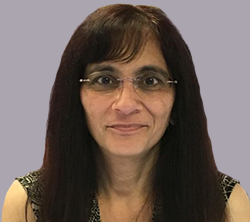 Jagu Patel, CPhT has lived in Charlotte since 1998. She is a nationally certified pharmacy technician.  Jagu is also an accomplished artist with artwork featured at The Festival Of India. Jagu enjoys cooking, painting, pottery, and spending time with her family. We are pleased to have Jagu as our Office Coordinator at Brandon Gynecology Associates, PA. 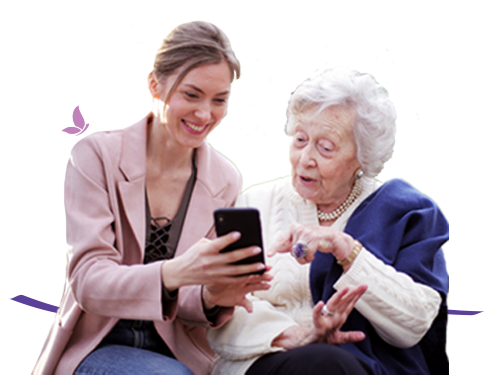 Dr. Brandon is one of the best Physician I have run across. She has always made me feel like everything would be o.k. and that she would take good care of me. That is very hard to find these days. I truly thank God for your Calling to be a Physician!!!!!! You are one of the best.

Brandon Gynecology office design gives the space an art gallery esthetic. The artwork in the office features Batiks, acrylic paintings, mixed media pieces by Dr. Brandon and Indian traditional Warli paintings and mixed media pieces by Jagu Patel, a member of Namaste Artist Group associated with the Festival of India. The art is rotated periodically as the spirit moves us, but here are a few pieces people have enjoyed during their office visit.

Dr. Brandon’s art is not for sale, but some of Jagu’s art is for sale. Please inquire at the front desk for details. 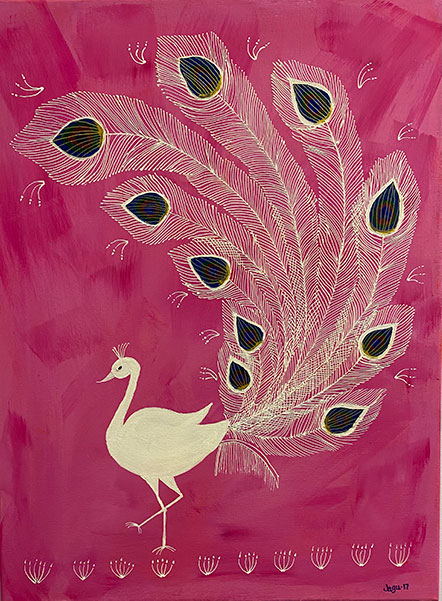 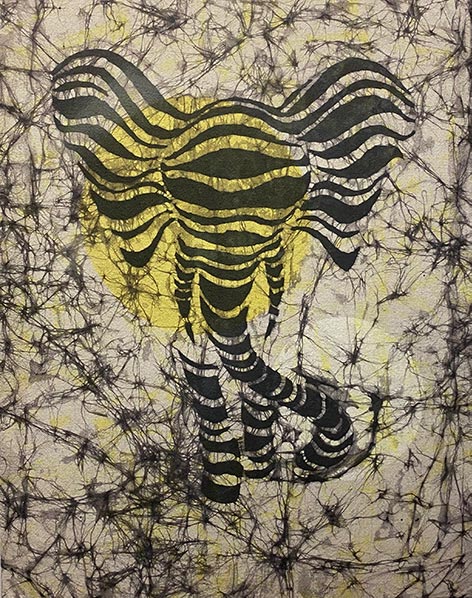 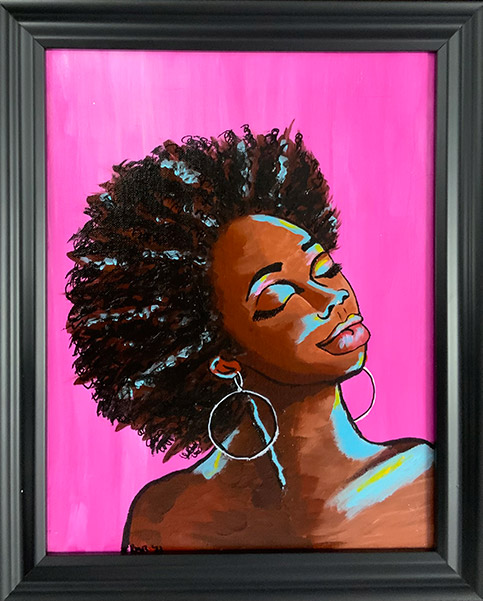 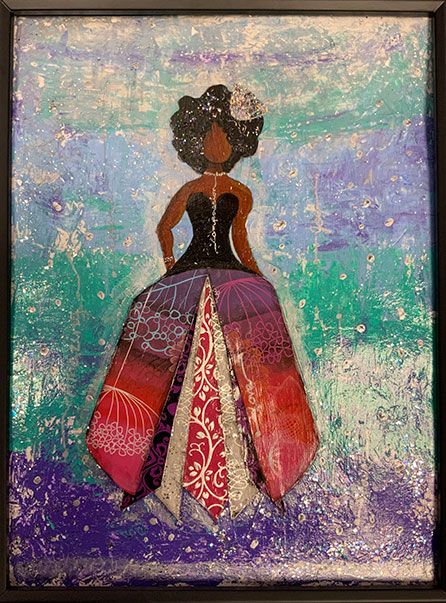 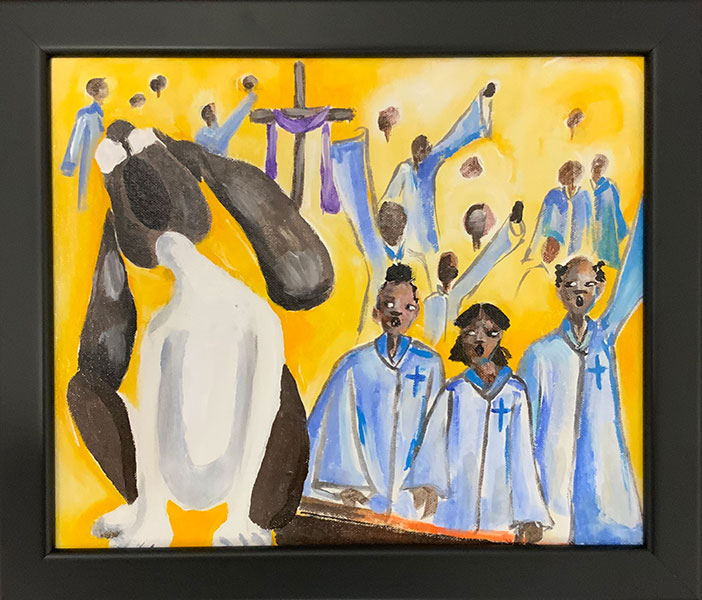 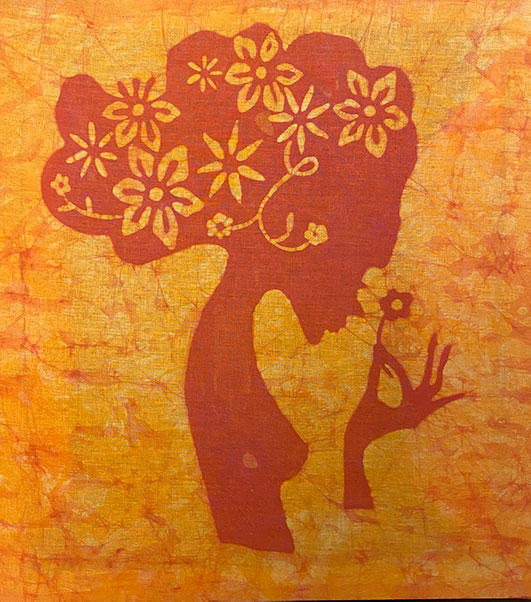 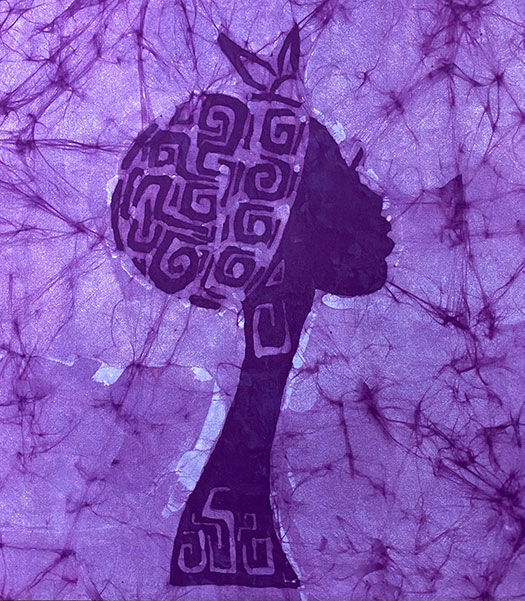 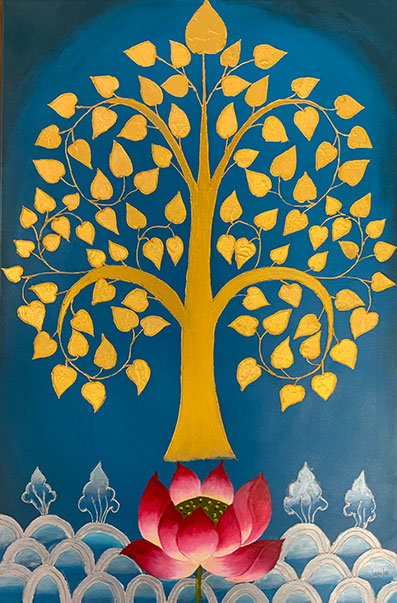 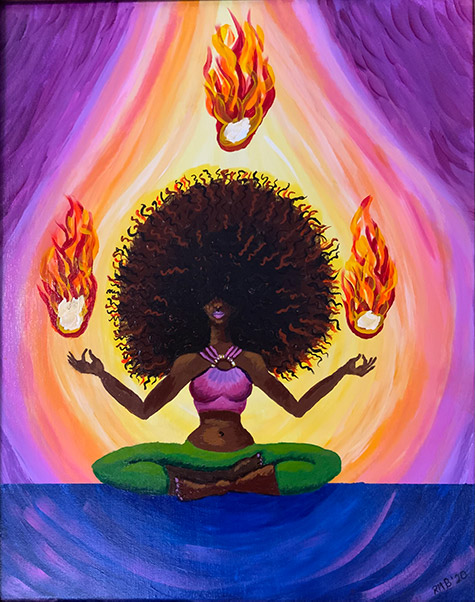